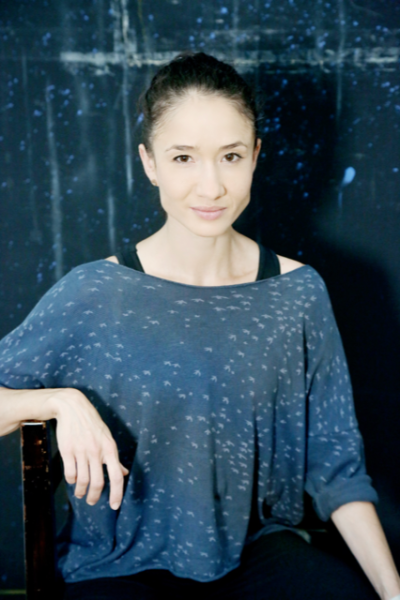 Valerie Sauer. French-born Valérie Sauer graduated from the Conservatoire national de Bordeaux in 1994, and three years later earned her diploma as a stage artist specializing in ballet and modern dance at the Cologne Musikhochschule. Her career as a dancer led her to numerous festival appearances and to the state theaters and opera houses of Cologne, Bonn, Mainz, Darmstadt and the Hessian State Theater in Wiesbaden. Here she danced under Ben van Cauwenbergh and Stephan Thoss.

Her further training as a dance and movement therapist, completed in 2012, combined with her training as a Shiatsu practitioner (GSD), completed from 2010 to 2013, have since supported her aim to convey ballet and contemporary dance as a form of artistic expression in a diverse, intergenerational and inclusive way.
In numerous choreographic projects, she has worked with the Hessian State Ballet, several regular and special schools in Wiesbaden, the Cultural Office and the Diocese of Limburg, among others. Since September 2017, Valerie Sauer has taken over several courses and offers of the Hotspot Theaterschule Wiesbaden, sponsored by the Cultural Office of the state capital.
It is her great concern to make dance consciously accessible to everyone as a very personal and distinctive expression, which she has also been allowed to implement since 2018 in the tradition of French ballet as director of the Stifter-Bornheim Ballet School.